I Saw a Dog Bite a Child, and It Was a Totally Preventable Accident 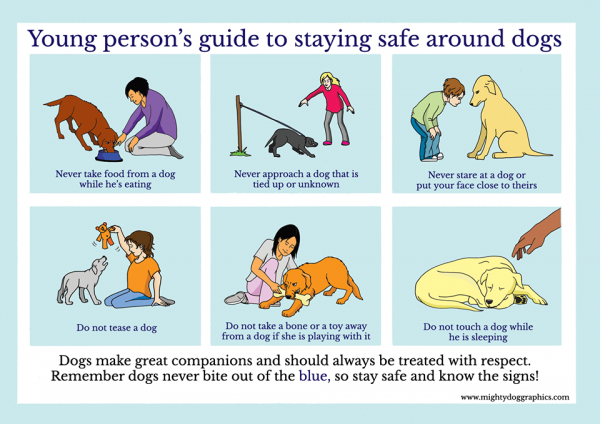 A toddler got the side of his face ripped off by a Labrador, and I saw it coming, unable to do anything. I was only 100 feet but a world away from the accident, which did NOT need to happen. It unfolded in seconds when the boy hugged the dog, who was tied to a railing inside the toddler play area of a park, with moms and children all around laughing and playing.

I was at the L.A. park training a puppy, using the busy area as a distraction he was learning to ignore. I noticed the family because they were striking. Mom was over 6 feet tall and had three very blond children in tow, two girls approximately 8 and 10 and the toddler in diapers. They all walked into the park holding hands. The girls ran off into a nearby building for a class, and the mom and boy went to wait for them in the toddler play area.

The little boy saw the dog, beamed, and began walking toward her, ignoring the other children, sandbox, and swings. All he wanted to do was to pet the dog. Mom was already talking with other parents and not paying attention.

This illustration by Lili Chin from my Dog Decoder app shows a dog stressed by an unwelcome approach. (Image courtesy Dog Decoder)

I saw the potential danger and moved closer to watch the dog’s body language, flitting back and forth between mom, dog, and child, hoping someone was going to notice what was unfolding. No one did.

I started walking faster to get the mom’s attention and saw that that the dog was beginning to get nervous, showing signs of stress: lip licking, rounded body, and tucked tail. I started yelling for the mom to get her son, and in that instant the boy hugged the dog and the dog attacked, taking off most of the side of his face. No growling, no sounds from the dog, just body language that screamed, “STOP! Don’t come any closer.” The only sounds were after, of a toddler screaming in pain and shock and of mothers scrambling to get their own children.

I’m so sorry to say that this kind of incident is not uncommon. More than 4.5 million people are bitten by dogs every year, with 81 percent of dog bites by dogs known to children. Family Paws Parenting Education and Doggone Safe are two organizations that exist solely to teach parents and children how to keep everyone safe.

After the bite, I ran to the toddler because I was the closest adult. Yelling above the chaos, I found the dog’s owner, told someone to call an ambulance and another to get the two girls from their class. The mom, who was panicking, swaddled the toddler in her arms, and the dog was shivering, huddled against the railing and unable to free herself as her owner yelled. The puppy I was training stayed with me the entire time, even licking the boy’s legs when I lifted him to his mother.

Let’s take a closer look at what happened and how it was a perfect storm for a dog bite.

Since they tolerate it as puppies, parents think all is well. They aren’t reading the body language the puppy has been giving all along, such as leaving the room when the kids enter, hiding next to or behind a parent or under a coffee table, lip licking, looking away, yawning, and panting. So, when the dog turns 2 and has no one who understands the potential lack of tolerance, a bite is imminent.

The dog was tied up and had nowhere to go or any adults to save her. The strange toddler came up and hugged her, and in her fearful state, she bit the boy. She was not an aggressive dog and gave plenty of warning signs, all of which were not seen by the mother or by the owner because they were not paying attention to the boy or the dog.

The toddler lives with two Golden Retrievers who love all of the attention their boy gives them. Most dogs don’t like to be hugged, but these two dogs enjoy it, according to the family. The boy thinks all dogs must like hugs then, so without proper parental guidance in how to meet and greet new dogs, the boy fearlessly and excitedly approached the Lab to give her a big hug.

The mom actually knew this dog. What she didn’t know was how to read dog body language, nor did the owner of the Lab. If they did know, the dog would NOT have been tied up and any interactions would have been supervised. The boy would have been taught how to meet and greet dogs. Teaching respect between dogs and children is crucial so that this kind of thing doesn’t happen.

The dog was euthanized, and the child suffered emotional and physical trauma, only because none of the humans involved knew how to speak dog. This broke my heart for everyone involved. This bite did not need to happen.