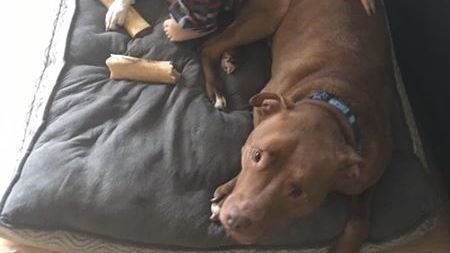 I know that to some of you this isn’t the most important petition you’ve seen on this website, but to dog lovers, it will be. Dog lovers and owners will understand that your dog isn’t just a pet it is part of your family, no matter how long you have had them. Well now someone in my community is having to fight to be able to keep her beautiful fur babies because the city of Castlegar wants to charge ridiculous fees due to the breed of her dogs. Do you think that’s fair? Because I certainly do not! Unfortunately, this someone in my community has had to put their dogs up for adoption online because the city is overcharging them and being prejudice against the breed of dogs she owns. This woman took in two dogs that lots of people won’t give a second look and she gave them a home, they could have ended up in a shelter. Now on top of the fee for getting and caring for your dog, the city wants to charge insane registration fees due to the breed. I don’t believe that it is fair she is going to lose her family members because she can not afford this ridiculous fee. The worst part is, these dogs are super friendly. They are good with kids, other dogs and apparently just about everyone, so why be prejudice to good dogs? So let’s help this family keep their fur babies and stop the prejudice against the breed.

This petition will be delivered to: